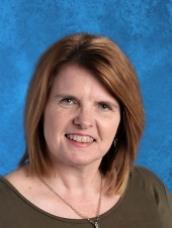 Marlyss Green is so excited to begin her seventh year teaching in her home state. After receiving her Bachelor's degree in Elementary Education from Lee University in Cleveland, TN  she began her teaching career there with Cleveland City Schools. Later she earned her Master’s degree in Education from Tusculum University in Greenville, TN. During her 28years of teaching she has taught first, second, and third grades at Blythe-Bower Elementary and Yates Primary in Cleveland. While working at Yates Primary she received the honor of Teacher of the year for 2014-2015. Marlyss has two children Daniel,30, and Brittany, 26. Marlyss is married to Chris Green. She and her husband enjoy spending at the lake. She feels so honored to be a part of the Crestline staff for her seventh year.