Kimi Portabella Blanton is a native of Guatemala, a country in Central America, and has been living in Alabama since 1986.   As a child, she also lived in Barcelona, Spain, the city where her father was born.

She attended the American School of Guatemala, an immersion school, where she studied both in Spanish and English. She studied Special Education at the Universidad Rafael Landívar in Guatemala City. She completed a Spanish undergraduate and a Master's in Education from the University of Alabama in Birmingham.

She has been teaching Spanish at Crestline Elementary School since 2003. As a teacher, her passion is to instill in her students a love for cultures and languages. 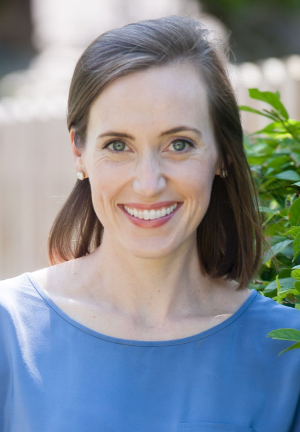 Louise Price began studying and loving the Spanish language as a student at Mountain Brook High School and continued at the University of Alabama where she received her Bachelor of Science in Spanish Education for grades P-12. She taught Spanish at Mountain Brook Junior High before having her three children and is now returning to teach at the elementary level. Louise believes that immersion is the best way to learn a language and incorporates that into her classroom.

She has had the opportunity to study and practice Spanish in various Spanish-speaking countries, and she enjoys bringing these experiences into her classroom. She believes that culture is an important part of language learning that also helps us to have a better understanding of the world and a respect for all people.

She is looking forward to an exciting year at Crestline!