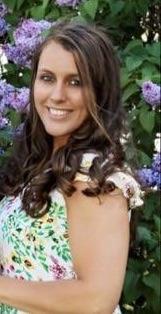 Mrs. Melissa Crawl is a fourth grade teacher at Crestline! She is teaching ELA and Alabama History. This is Mrs. Crawl's second year at Crestline, but is beginning her ninth year of teaching. Before she came to Crestline, she taught for one year in Chattanooga Tennessee, three years in Jackson, Tennessee, two years in Florida, and one year in Michigan, for a total of eight years! While most of her experience is in Kindergarten, last year she fell in love with fourth grade and she cannot see herself ever leaving!

She graduated with a Bachelor's degree in Early Childhood and Special Education from the BYU Idaho. She also received her Masters in Curriculum and Instruction from Western Governors University in July! Mrs. Crawl has won Teacher of the Year twice in her career. She helped start and implement district wide, grade level cohorts in Jackson, Tennesee which is a program they are still using. She has participated in literacy, math, PBIS, academic, and behavior committees throughout her career. She was chosen to appear on the Ellen DeGeneres show during teacher appreciation week several years ago! She cannot wait to see what this school year brings at Crestline and is excited to be a part of the Crestline Family. She loves to use humor in her teaching and wants to make students excited to come to school each and every day.

She is married to her husband Anthony. She has two dogs, Buddy and Sophie.