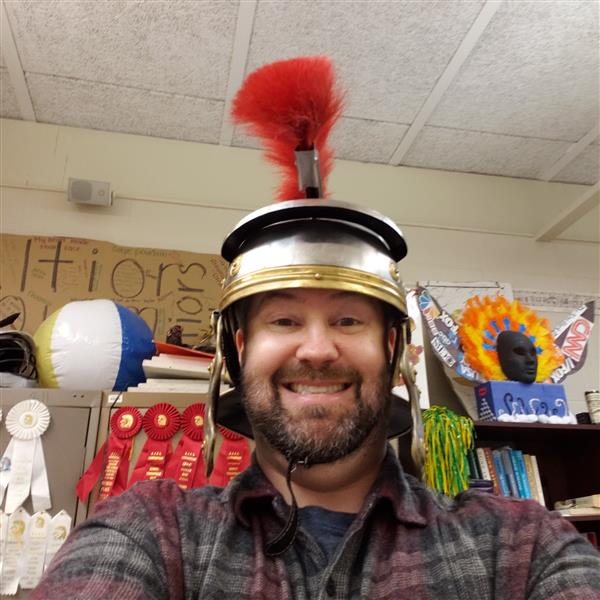 Drew Lasater grew up outside of Nashville, TN, and graduated from Samford University in 2002 with a double major in Classics and Religion, and was the first student to graduate with a major in Classics at Samford (02). He has an MA in Classical Languages from the University of Georgia (07), where he won both the Graduate School and Classics Department awards for outstanding Graduate Student teaching.

Mr. Lasater enjoys working with and supporting Latin teachers in the Birmingham area and across the state. This year, he is serving as the president of the Alabama Classical Association, and the co-chair of the CAMWS National Latin Translation Exam. In 2016-2017, he was honored to serve on the Alabama Department of Education's committee charged with revising Alabama's State Course of Study for World Languages.
This year, 2022-2023, is Mr. Lasater's sixteenth year teaching at Mountain Brook High School. In addition to his teaching responsibilities, he sponsors the Latin Club (JCL) and the Chess Club. Mr. Lasater teaches all levels of Latin, from I to AP.
Mr. Lasater is also a very enthusiastic Atlanta Braves fan. In fact, his classroom has been named "The Official Latin Classroom of the Atlanta Braves." He enjoys living on the Southside of Birmingham with his two dogs, Roma the wonder-dog and Titus Pomponius Atticus, assistant professor of scruffiness.
Copyright © 2002-2022 Blackboard, Inc. All rights reserved.