"Providing an effective, challenging, and engaging education for every one of our students"
  
  
Return to Headlines

Crestline Elementary’s motto is Cougar Strong. Strong is an acronym that stands for:

When 2nd grade teacher, Tracey Barringer, heard on the news that schools in the Birmingham area would no longer be able to provide food for families in need due to Covid 19, she immediately sent a text to the CES administration and a few teachers that said, “No! No! No! What can we do about this?” That’s all it took to get things started.

“S” truly stands for serve. As a school, the Crestline Elementary family is showing that their words are more than just a motto- this is a way of life. Through the grapevine word was passed along that food was being collected for Christian Service Mission (CSM), as a way to meet the needs of Birmingham area families who did not have enough food to feed their families. With the aide of school SRO’s, two vehicles were filled with food and taken to CSM. The following week members of the Crestline staff were blessed with the privilege of packing boxes of food for 130 families through CSM. Unfortunately, only ten people were allowed to serve due to Covid-19 restrictions. They even had a waiting list of staff members eager to jump in and help if any of the ten could not serve that day.

That wasn’t the end though. Food continued to come to the school, so a second effort was made known through an email to Crestline parents. However, this time the food was to go directly to the families of their partner school, Brookville Elementary. There is a long-standing relationship between the two schools that spans over ten years. It is a mutually beneficial relationship with each school serving the other in a variety of ways. So, when this opportunity was presented, Crestline families showed up in a big way. Their generosity is never-ending!

On May 12, two months after the shut-down of all Alabama schools, Crestline administrators, along with SRO, Glen White, were the fortunate few who got to deliver food, school supplies, and clothing to Brookville. With the wealth of generosity from the Crestline community, Brookville will not only be able to meet the needs of the families they typically serve but will also be able to give to those families who have lost their jobs due to Covid-19. 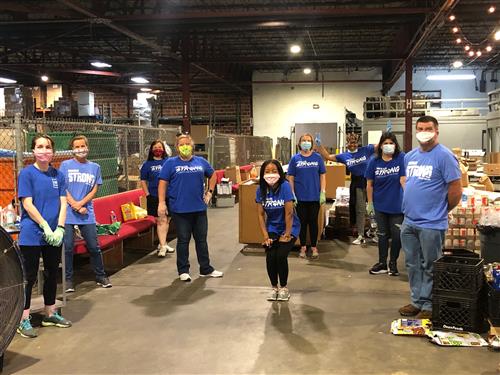