Volleyball Postseason- What Comes Next? 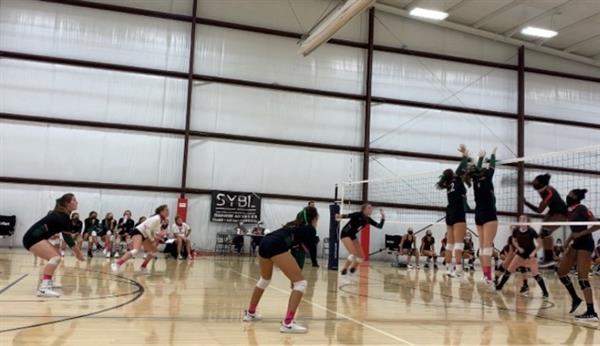 With the volleyball season ending with victory at state, what comes next for the team, their seniors and the juniors who will replace them?

Even though the team moved from 7A to 6A last year, the move to 6A with new, unknown  opponents made little difference to the 7A defending champions. Last week, the girls were able to take the victory against Hartselle at the 6A state championship, sweeping all three sets.

“Our goal for this season was to really make a statement; we’re new to 6A, but we’re still here to dominate and that’s what we did,” Coach Gardner said.

Now that the season is officially over, what is next for the team? What are the plans for next year, the seniors who are leaving and the juniors preparing for their senior year on the team?

Postseason will start after a few weeks of rest. After the break, they will have weight training during 8th period for the rest of the year: “The spring is nothing really volleyball skill related. We just focus on conditioning and strength training,” Coach Gardner said.

Much of the team, according to Junior Greer Golden, also play travel volleyball during off season, so that will be a major way that the team will stay ready for next year. 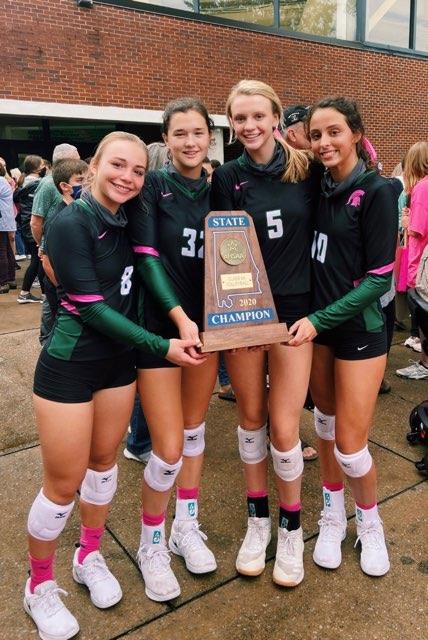 When asked what the senior girls plan to do after high school regarding volleyball, Coach Nichols said, “A couple of them have said that they want to play club or intramural through college. Of course that can change when they start. We've encouraged them to."

The plan to keep the winning streak next year, which is their main goal, is to introduce new players to the team to help replace those four lost seniors. Another hope, according to Coach Nichols, is that they won’t have to deal with the obstacle that is COVID-19, which resulted keeping travel to a minimal this year.

As a closing statement on another championship year, Coach Gardner said, “This year was really a journey and the journey wasn’t always very smooth. We had a lot of bumps in the road we had to figure out...but by the end of it we were so cohesive as a coaching staff and with the players, you know, it was really a full team effort, we would not had been successful.”