The Spartans enter round 2 of the playoffs 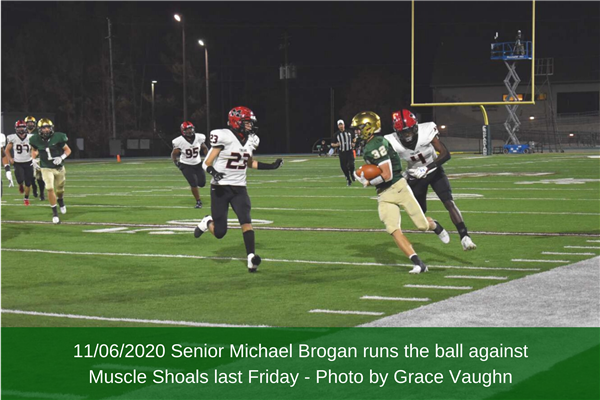 Mountain Brook looks to keep its season alive on the road against Gardendale this Friday at 7pm.

Gardendale is not just experienced on the defensive end. Their offense is led by three-year starting quarterback Will Crowder. Crowder is the 34th overall ranked recruit in  Alabama’s 2021 class according to 247 sports. Star power on the defensive end includes cornerback Justin Parks, the 64th overall recruit in the class of 2021 according to 247 sports. It is not surprising to Mountain Brook that they’ll face a lot of talent.

“The goal we climb the ladder towards is the state championship. We’re gonna see less and less weaknesses on teams. They've gotten there because of all their strengths. They're a good solid football team,” Coach Yeager said.

The Rockets like to lean on their quarterback to make decisions, so they run a lot of RPO’s, a play where the quarterback has to decide whether to hand the ball off or quickly throw it. At the end of the day, the Spartans know the game comes down to one thing: turnovers.

“It's always going to be turnovers.  If we hold on to the football and execute and make good plays, then we will win the football game,” Coach Yeager adds.

As far as injuries are concerned, the Spartans are weary from last week, but there are no serious injuries. Ethan Shunnarah was banged up but now seems good to go.

The Spartans will have to go on the road for this playoff game, so the team will have to prepare differently this time around, especially because their field is grass as opposed to the turf field Mountain Brook usually plays on.