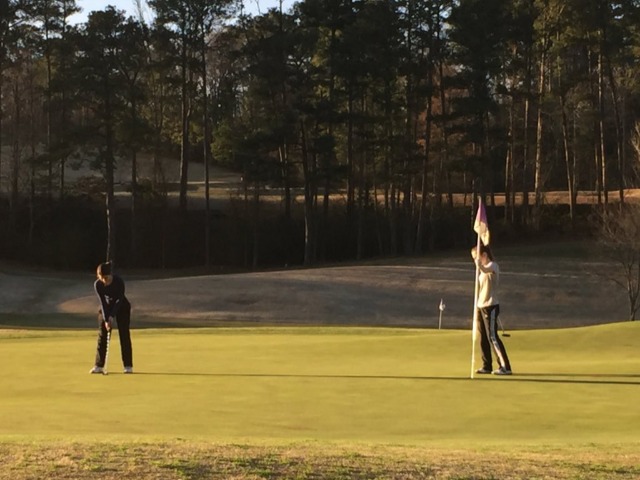 The MBHS girls golf team began their season at the Auburn Invitational in Auburn, Alabama on February 17th. Since then, the girls have competed in two additional tournaments, the Talons Up Tournament and Hoover March Madness, taking place on February 28th and March 7th, respectively.

Reflecting on how these tournaments have gone, sophomore Mary Russell Wood said, "It's been a fun season so far, we're off to a really good start".

The girls have the opportunity to compete at seven courses this season, which they say greatly helps them improve their skills. "My favorite thing about being on the golf team is being able to play the sport I love at all these different courses," said junior Maddie Hazelrig.

"I think our team is going to see a lot of improvement over the season," said Hazelrig, adding that she feels the team is "getting better at every tournament."

In coherence with Hazelrig’s description of the team as "supportive," Wood says her favorite thing about being on the team is "[her] teammates…Golf is typically an individual sport, and it's really fun to come together and play as a team".

"I enjoy being on the team because I'm able to be physically active while supporting my school and being with my friends," said sophomore Mary Caroline South.

As the team is playing through the season, they are keeping their eyes on the prize: the May 9th State Tournament.

"Every tournament I have seen improvement among all of my teammates…I am so excited to see how we do at state," said Hazelrig.

"I anticipate this season going very well for our talented varsity girls,"concluded South.